Meet the Cast and Crew

Bennet Atchley (Fred Casely/Ensemble) is a senior at OCHS, Aside from Chicago, Bennet has also been seen in The Addams Family Musical in the ensemble. He is very happy to be a part of a production full of talented friends and a talented director for his last year, and would like to thank everyone coming to the show and supporting the theater.

Ellie Atkins (Roxie Hart) is a senior at Oconee County High School and is so excited to be performing in her senior show! Some of Ellie's previous roles with the Warrior Players include Carmen in This Girl Laughs, This Girl Cries, and This Girl Does Nothing, Lucille in Dearly Departed, and Mrs. Peacock in Clue. Ellie would like to thank the entire cast, crew, and directors of Chicago for their incredible hard work on this production!

​Juliana Bluhm (Mona) is a sophomore at OCHS. She is a member of the high school swim team and Athens Bulldog Swim Club at UGA. Juliana balances AP classes and Science Fair with sports, and she is a very involved member in the arts at Oconee High. This is Bluhm's first time in a musical, and she can't wait to perform with an outstanding cast as a "merry murderess."

Lauren Broadnax (Cell Block Dancer/Ensemble) is a Junior at OCHS. Lauren is a member of the sideline and basketball cheer program. She has been in two musicals at OCHS. She enjoys reading, spending time with her dog and family, and singing in her free time. She hopes that you enjoy the show! 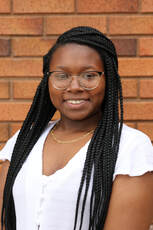 Jordan Brown (Ensemble) is a Freshman and is very excited to be in Chicago. This her fourth play she has been in. Her previous shows have been High School Musical and Frozen. This is her first high school play and she is really excited to be in the next ones. She would love to thank Mrs. Darnell, Mrs. Williams, and Mr. Doss for putting the show together.

Madison Fountain (Kitty/Cell Block Dancer/Roxie Double/Ensemble) is in the ninth grade and is so excited to be a part of Chicago. Some of her favorite roles include Olaf in Frozen Jr and Little Red Riding Hood in Into the Woods Jr. She is so grateful to be a part of this show with such an amazing cast alongside her. She would like to thank Mr. Doss, Mrs. Williams, and Mrs. Darnell for helping bring it all together. Enjoy the show!

Noah Futris (Judge/Ensemble) is a Junior and excited to be in his first show at OCHS. He has previously performed in Seussical, Tuck Everlasting, Dear Edwina and Charlie and the Chocolate Factory at local theaters! Thank you to Mr. Doss, Ms. Williams and Ms. Darnell. Hope you enjoy the show! 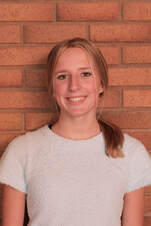 Ana Hallow (Annie/Ensemble) is in the tenth grade. One of her favorite roles would be Elsa in Frozen Jr. She loves the cast and being a part of the ensemble and would like to thank Mr. Doss, Mrs. Williams, and Mrs. Darnell for everything they've done in helping bring the show together.

Liam Hawn (Fogarty/Ensemble) has been in the drumline for all of his four years at Oconee County High School. He did multiple years of theatre camp and was also involved in a community play, but this is his first stage appearance at OCHS. Liam is a member of OCHS Student Leadership Program and he enjoys taekwondo, performing, and making jokes. He would like to thank Mr. Doss and Mrs. Williams for their patience with putting on this show and their time spent shaping his performance and singing abilities.

Johana Ilwor (June/Ensemble) is a senior at OCHS. She has previously been in The 25th Annual Putnam County Spelling Bee as a comfort cheerleader and Addams Family: Concert Version as an Addams family ancestor. She is thankful to have had the chance to be a part of the theater program in different ways since entering high school.

Grace Kanavage (Velma Kelly) is a senior at OCHS. Some of her favorite roles include Suzanne in Dearly Departed, Little Sally in Urinetown, Alice Beineke in The Addams Family, and Beatrix in This Girl Laughs, This Girl Cries, This Girl Does Nothing. She will be attending UGA in the fall and hopes to attend vet school there.

Aaron Knapp (Amos Hart) is a junior and is very excited to participate in Chicago. Some of his favorite roles include Lurch in The Addams Family and Senator Fipp in Urinetown. He would also like to thank Mr. Doss, Mrs. Williams, and Mrs. Darnell for making this show possible. Enjoy the show!

Brianna Moreno (Ensemble) Her favorite song out of all the songs that the ensemble performs is "Roxie". She loves the Roxie and Velma dance, and she also loves "Nowadays" and "Mister Cellophane". She would love to thank everyone for coming. Special thanks to her parents, Mom and Dad for coming. She would also like to give a very special Thanks to Mrs. Williams and Mr. Doss for making this musical possible, and making us more professional, and pushing us to do better everyday. Thank you everyone!

Abbigail Miller (Ensemble) has been involved in the OCHS theater program since her freshman year. She has performed in Urinetown, Addams Family, and this years one act, This Girl Laughs, This Girl Cries, This Girl Does Nothing. Outside of theater she is involved in Ocean bowl, Environmental Club, Beta Club, and NHS. She would like to thank her friends for sticking by her and dealing with her insanity.

Ryanne Murray (Cell Block Dancer/Ensemble) is excited to be in her first official musical. She has enjoyed being a part of the crew and getting to know people. She is part of the ensemble and cell block dancers. She has had a fun time trying to balance rehearsals alongside many lacrosse practices.

Charlie Rachel (Clerk/Ensemble) is a junior at OCHS. He has performed in every musical at OCHS since his freshman year (Urinetown- 9th, The Addams Family- 10th, Chicago- 11th) They were also in tech crew for his freshman one act play, Clue. Charlie is also apart of the literary team’s trio. Music is very special to him, and they love anything and everything to do with it. Charlie is very happy to be doing what he loves- performing for you. 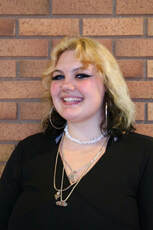 Vivian Sekandi (Hunyak/Ensemble) is a senior at OCHS. This is is her 2nd musical and she was previously in Addams Family. She is very excited to finish out her senior year with the show Chicago which is one of her favorites. She plans to continue her involvement in theater throughout college and is grateful for this opportunity.

Ollie Smith​ (Mary Sunshine) is performing their 7th show with the OCHS Warrior Players. Ollie is very excited to be performing in a show where the periaktoi do not move. Ollie would like to thank Taylor Cloer for being a menace while the set was being painted.

Ella Stillion Southard (Matron Mama Morton) is performing her eighth show with the OCHS players. Her favorite roles at OCHS have been Miss Scarlett in Clue, Albienne in This Girl Laughs, This Girl Cries, and This Girl Does Nothing, and Grandma in Addams Family. She is so excited to perform her senior show with her amazing cast mates and crew (shout out to my senior girls!) Yay Chicago!

Emma Stutts (Ensemble) is performing in her fourth show with the OCHS warrior players. She is very excited to perform for parents and her peers. She would also like to thank her family and friends for being such an amazing support system in her life, and she is so grateful for all of you!

Rae Thrower (Cellblock Dancer/Ensemble) Rae is a 9th grader and this is their 6th musical! They have been in chorus and musical theater since elementary school and they plan to do it throughout high school. Rae likes to paint and read in their freetime. They would like to thank Mr.Doss and Mrs. Williams for giving us the opportunity to do musicals like this!

Jackson Tucker (Billy Flynn) is a Sophomore at Oconee County High School. This is his second musical with Warrior Players, previously playing Mal In Addams Family. Jackson would also like to apologize for not having much to say in his bio. He hopes you enjoy the show and says thank you for supporting the theatre program. 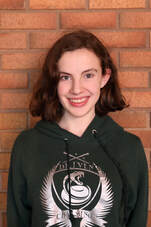 Erin Walton (Ensemble) is doing their first musical in Chicago. They are also in the chorus during school.

Lily Weiglein (Ensemble) This is Lily's first time doing a play at the High School. Her favorite roles include Shenzi in the Lion King (Brightstone theaters) and the Wolf in Into the Woods (Brightstone theaters). Lily would like to thank the teachers behind Chicago for making this such a fun experience.

Katherine Williams (Ensemble) is in ninth grade and is very excited to finally be in another musical. Previous shows include Willy Wonka Jr. and Party in a Pear Tree. She would like to thank her family for being so supportive of her as well as Mr. Doss and Mrs. Williams for putting the musical together. Enjoy the show! 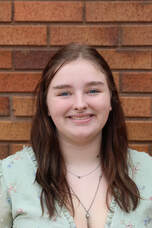 Taylor Cloer (Sound) is a Senior at Oconee County High School. She's spending her last year doing what she loves before pursuing Elementary Education through the University of North Georgia. Taylor would like to thank Mr. Doss for giving her wonderful High School memories, Ollie Smith and Gregg for their involvement in creating mayhem with her, and her favorite dog Pepper Potts for providing her moral support.

Cecelia Hein (Stage Manager) has enjoyed working on this musical with her co-stage manager, Sam. She has had fun working with the cast and crew. Thank you to all who came to see it. 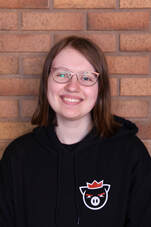 Sam Snyder (Stage Manager) is a longtime enjoyer of musical theater, but only a recent addition to the crew working behind the scenes in OCHS productions. After working as a part of stage crew on This Girl Laughs, This Girl Cries, and This Girl Does Nothing in fall of 2021, and competing in Literary Competition in both 2021 and 2022, she is incredibly excited to be working on Chicago alongside some very talented people.